Redevelopment is not just constructing buildings; it ensures that residents of a community are empowered to improve their quality of life and environment as a result of sound planning practices. The Township of Irvington is currently working on its Master Plan and has recently passed an amendment to the Township’s East Ward Redevelopment Plan to pave the way for the new redevelopment that is soon to come in the East Ward.

After a decade long battle, the Township is finally regaining control of the 21st corridor by purchasing numerous vacant lots owned by the State that has left that area underdeveloped for more than a decade. The developer for the 21st corridor has submitted a concept plan to the Township for a mixed-use development featuring 68 units of workforce residential housing and approximately 7,000 sqft of retail, open green space, and park that will feature a 2,500 sqft urban farm with a farmer’s market, 142 units of workforce residential housing housed in seventy-one 3 over 1 duplex apartment units, neighborhood pocket park, 15,000 sf community development recreational center and an outdoor sports facilities (basketball courts) and playground.

Also in the East Ward is currently an application before the Planning Board to develop a five-story building on Ellis Avenue consisting of approximately 37 residential units with a mixture of market-rate and affordable housing. Also in the Eastward, the Zoning Board of Adjustments has approved a 415 residential complex along with the City of Newark for a site that has been vacant for over 30 years along the Grove Street corridor.

The Township has three major redevelopment projects currently being built in the West Ward of the Township. The Township was the recipient of the State’s tax credit for its project located at 722 Chancellor Avenue. This project is currently under construction and will consist of 55 affordable residential units for the residents of Irvington.

Also, currently under construction is phase II of the redevelopment of the Irvington General Hospital site consisting of a 96 senior housing unit development with onsite parking, a shuttle service, and social services amenities onsite for seniors. The Township is currently considering the application for a 75 market-rate unit development located at 750 Chancellor Avenue. Let’s not forget about our Stuyvesant Avenue corridor where there is a modern 18 unit dwelling under construction that will consist of a mixture of one and two-bedroom units.

In the South Ward of the Township, the Township has approved PSE&G to build a new station on Nye Avenue which will include decorative wall art to surround the station which will provide a fresh look to that area. Under Mayor Vauss’ administration, a new state-of-the-art lumber facility was constructed on Woolsey Street, along with a new shopping center along Cordier Street. In the North Ward, along the 18th Avenue corridor, there is an apartment building that was completely rehabilitated and renovated and there is another apartment building that is currently being rehabilitated and renovated.

The Township believes in redeveloping its neighborhoods, one block at a time. Stay tuned to the kind of redevelopment that transforms neighborhoods and stabilizes communities by staying focused on the Township’s motto Safe and Clean. 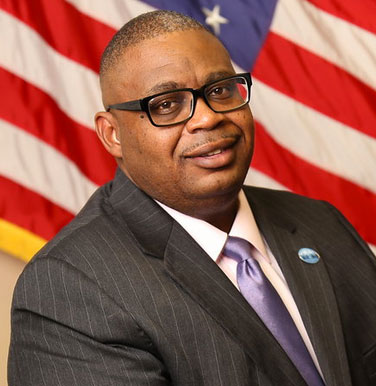